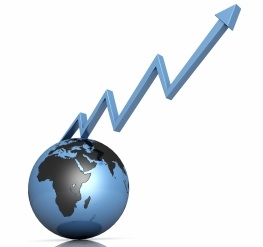 I first became interested in my own center of gravity after a low back pain incident in 2003.  The immediate source of the pain was located quite close to it and that prompted me to start thinking about my center and how I might use it to take pressure off of my spine.

As I began experimenting, it became clear that it was possible for me to consciously direct my center of gravity in ways that generated lighter, more efficient, movement.

I began teaching others what I had discovered, and found that most people can learn to do this too, with just a few minutes instruction.  Moreover, this instruction could usually be done quite effectively by phone or Skype.

Over the years, I’ve discovered more and more ways to use my center of gravity. Somewhat to my surprise, each of my new discoveries were as easy to teach as the ones before.

After considerable prodding by my students, I’ve decided to put the essence of my center of gravity discoveries in writing.  Hence this website.

Because this is the first time I’ve put these ideas into print, I am very eager to learn about your experiences with them.  The material will all be in blog format, at least for now, to make it easy to leave for you to leave feedback in the Comments box at the bottom of each blog post.

Beyond the initial series of lessons (which I think will eventually come to about 10-12) there are a great many elaborations that have come up over the years and these too will be blog posts. If you don’t want to miss them, click on the Subscribe button in the column to the right.

Finally, if this body of work has been useful to you, please consider supporting the project using the Support button to the right, or in one of the other ways suggested here.

First and foremost, I would like to thank my wife Anne Kennedy Rickover for spending many hours patiently editing, re-editing – and then re-editing again! – my Up With GravitySM lessons.

Imogen Ragone, Alexander Technique teacher and web designer in Wilmington, Delaware, who designed this site, helped immensely with refinements in its structure and with my many queries about using social media, and who agreed to record podcast interviews about her own experiences with Up With GravitySM 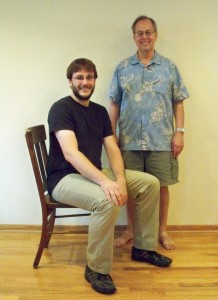 Zach and me after the photo shoot.  He’s the handsome one.

My friend and colleague John Macy, a physical therapist and teacher of the Alexander Technique in Omaha, Nebraska, who was the first “guinea pig” for many of my center of gravity ideas.

My students, in Lincoln and Toronto, and in my workshops, who repeatedly urged me to put my center of gravity ideas in writing.

My son-in-law, Zachary B. Smith, who posed for the photos used in many of the lessons and then painstakingly added the lines and arrows, and my daughter, Margaret Ruth Gurewitz Smith, who took them.

This Site is Sponsored by: